Notable for his song parodies, he is a comedic YouTuber whose RobertIDK channel surpassed 210,000 subscribers through videos such as "'SEPTICTALK' - A Jacksepticeye Song Parody of PillowTalk by Zayn Malik" and "'Septiplier Away!' - The Markiplier & Jacksepticeye Song." Before Fame His first video, published in July of 2014, was appropriately titled "HEYO (First Video!)." Trivia He made an EP called The IDK EP, which went on sale in October of 2016. ead more on Last.fm 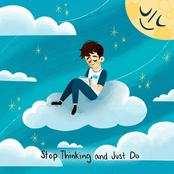 Stop Thinking and Just Do