Justin Scott Rissmiller is the founder, owner and operator of Dayton-based independent recording label and publisher T&R Recordings, which was founded in 2014. He is also a founding member, lead guitarist and primary songwriter for (BAPR). BAPR is a three-piece progressive, noise metal band originating out of Dayton, Ohio and Las Vegas, Nevada in 2016. Since 2014, Justin has provided songwriting, engineering, producing, distribution and publishing for a variety of different artists under the T&R Recordings label. ead more on Last.fm 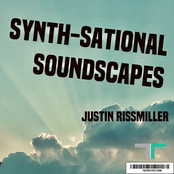