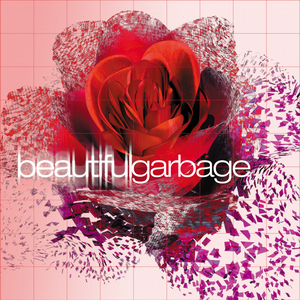 beautifulgarbage is the third album by alternative rock group Garbage. It was released worldwide in October 2001 and was the followup to the band's multi-platinum album Version 2.0. The foundations of the album began from tracks written in 1999 for a canceled B-sides album, and it was written and recorded over the following year, when lead singer Shirley Manson chronicled their efforts weekly online, becoming one of the first high-profile musicians to keep an internet blog. Released three weeks after the September 11 attacks, the album suffered from lack of promotion, mixed reaction from critics and fans alike, and the failure of its lead single Androgyny to achieve high chart positions. Despite faltering in major markets, beautifulgarbage debuted at #1 on Billboard's Top Electronic Albums chart where it stayed for 8 weeks, topped the album charts in Australia, and was named one of Rolling Stone's "Top 10 Albums of the Year". User-contributed text is available under the Creative Commons By-SA License; additional terms may apply.