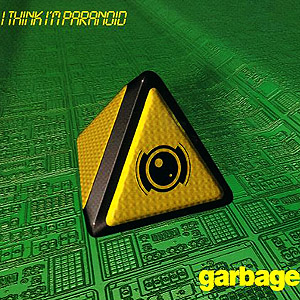 "I Think I'm Paranoid" was backed by B-sides "Deadwood", purged from "Version 2.0" at the last minute, and "Afterglow". "Deadwood" was written and recorded at Smart Studios in Madison, Wisconsin during the 1997 sessions for the band's second album Version 2.0. Driven by an acoustic guitar and moody bass, "Deadwood" is a tale of a relationship gone too far to the point of no return. "Deadwood" appeared on early tracklistings for Version 2.0, however it failed to make the cut for the album and eventually saw the light of day as a b-side on the second Version 2.0 single release. Bass guitar on "Deadwood" was played by Daniel Shulman. "Deadwood" is published by Deadarm Music/Almo Music Corp (ASCAP) and Vibecrusher Music/Irving Music, Inc (BMI). Garbage have never performed "Deadwood" live, although at many shows the song has been requested by attending fans. User-contributed text is available under the Creative Commons By-SA License; additional terms may apply.