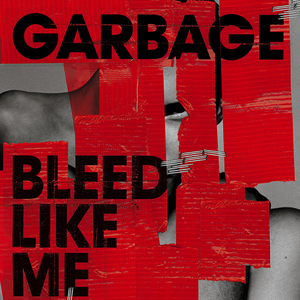 Bleed Like Me is the fourth album by alternative rock group Garbage. It was released in April 2005 worldwide, following critical appraisal and unexpectedly high chart positions for its lead-off single "Why Do You Love Me", which entered the Billboard Hot 100 and debuted in the Top 10 of the UK singles chart. Bleed Like Me debuted on the Billboard 200 at a career-high #4 - the band's first top ten album ever in the States. Bleed Like Me had a very strong opening week globally, debuting in the top five in many countries - including the United Kingdom, Australia, and the States. Following lacklustre response to its predecessor, 2001's beautifulgarbage, passive aggression between band members Duke Erikson, Shirley Manson, Steve Marker and Butch Vig, and a general lack of direction for the record, Garbage struggled to create the album and in October 2003 the band secretly split for four months. After sessions with John King in Los Angeles studio and a guest appearance from ex-Nirvana drummer and current Foo Fighters frontman Dave Grohl on "Bad Boyfriend", the band reformed with renewed focus and completed the record by the end of 2004. Bleed Like Me also includes contributions from drummer Matt Walker (Filter, The Smashing Pumpkins) and bassist Justin Meldal-Johnsen (Ima Robot, Beck, Nine Inch Nails). User-contributed text is available under the Creative Commons By-SA License; additional terms may apply.