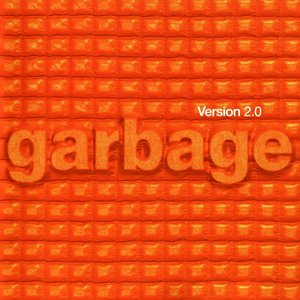 Version 2.0 is the second album by alternative rock group Garbage. It was released in worldwide in May 1998 and was the follow up to the band's multi-platinum debut album Garbage. Despite a slow start, Version 2.0 went on to equal its predecessor, becoming platinum-certified in many territories. Like their first record, Garbage promoted Version 2.0 with a year-long tour, and by releasing a string of hit singles backed with boundary-pushing promotional videos. In 1999, Version 2.0 was nominated for Grammy Awards for Album of the Year and Best Rock Album, and its third single Special was further nominated the following year for Best Rock Song and for Best Rock Performance by a Duo or Group. Building on framework sound and style Garbage established on their debut set, Version 2.0 featured musical references to the sixties, seventies and eighties, songs featuring live strings, over 100 recorded tracks and interpolations of both the Beach Boys and The Pretenders. The band claimed that the goal of Version 2.0 was to create a rapprochement between the "high-tech and low-down, the now sound and of golden memories". User-contributed text is available under the Creative Commons By-SA License; additional terms may apply.